Sven VS The Director +
The Webmaster

“Ulrik! Behind you!” Sven yelled at his little brother. Well, thought. Thought-yelled. It was just one of the perks of having a circuit board for a brain – being able to communicate with his brother without actually talking. Another huge perk? Not needing a TV or game console to play Titan’s Trinity, their favourite video game.

“Move Ulrik! The Raiders are going to get you with a Desertfire Incantation. Then it’s game over for both of us!” The Raiders were the baddest of all the bad guys.

He was still in the game; but it was like someone had turned the lights out.

A flickering orange glow appeared. There seemed to be something – no, someone – behind it.

“Ulrik, is that you?” Silence. “Who are you? What are you doing in our game?”

He could see a smile cross the shadowy face. “Just looking for a little fun,” it giggled. And that’s when the game lit up. Not with light – with fire.

Sven watched as the game-world of Titan’s Trinity lit up with a fire so big and intense, he could hardly see. Some of the game’s characters burned up in the flames. Others seemed to be playing in it. One Raider fanned the fire, helping it spread, breathing in the smoke and exhaling huge clouds of black ash.

“Come have fun with us, Sven!” The Raider taunted. “Come play, Ulrik!”

His brother! He needed to find his brother. “It’s just a game, it can’t hurt you,” Sven reminded himself and walked into the flames.

It didn’t take him long to find his brother. He was curled up on the ground, terrified. “It’s okay, Ulrik, I’m here.” Sven reassured him, picking him up and moving him as far away from the flames as he could.

Now, to find a way out. Closing his eyes, Sven scanned the system. He had to figure out where these images were coming from.

Beeeeeep. The scan detected something. Someone was uploading video files into their game!

He had to find the source. Going online, Sven followed the video files back to their source. They were coming from a computer in… the Academy?!

Sven hacked into their computer, took control of its camera and saw… a part of the Academy he had never seen before.

It looked like an underground Burn Chamber being used as a film set. And in it, a cast of actors, a film crew and a crazed director waving his arms and yelling, “More smoke! More fire! Now, breathe it in. More pain!”

Another figure silently stood beside The Director. On his body were six snakelike cables that connected The Director’s video camera to the computer. The Director was creating the images and The Webmaster was broadcasting them into Sven and Ulrik’s game.

Sven knew he could stop them – or at least slow them down – with a virus scan.

He started the scan. Instantly, The Webmaster knew something was up. He turned to look at the computer and scowled. The Director was looking now too, but he didn’t seem as upset: “Come visit us, Sven,” he giggled. “I’ll make you the star of my next movie.” Sven recognized that voice. It was the same voice he heard before their game-world went up in flames. 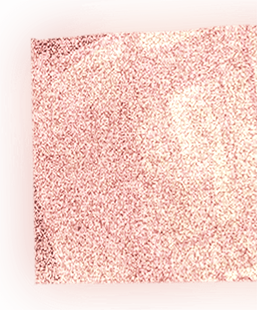 The virus scan was finished. Sven’s mind-screen went blank as his circuit board rebooted.

When Sven opened his eyes, he was back in his own house.

Sven turned to see his little brother standing in the shadow of the doorway. Sven went over to him and gave him a big hug. Ulrik was still shaking.

“They’re gone, bud. And they won’t ever mess with you again. I’ll make sure of that.”